Episode 2: Women in the Private Hire Industry | On The Road Podcast 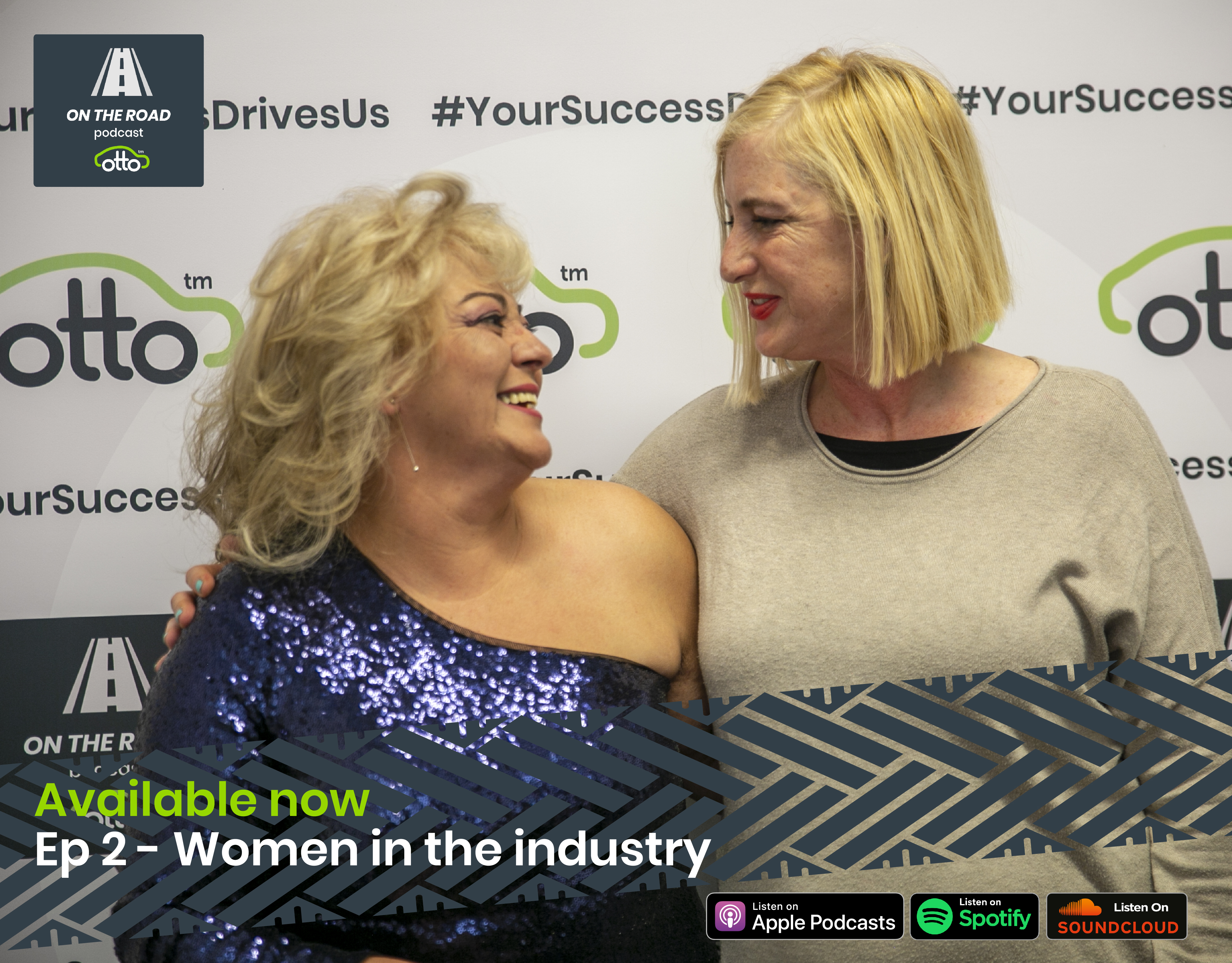 In our new podcast, On the Road, we recently spoke to two female drivers who have been working as Private Hire and Uber drivers for a number of years.

This week the debate was interesting, spirited, and heated at times. Both of our guests, Emma and Maria, had very strong personal opinions, and we touched upon a number of important issues. It was truly refreshing to see the passion that both of these ladies had about Private Hire, and what could be done better from their perspective.

We thought it would be useful to share a few snapshots of our conversation, so that you can get an idea of how it went.

Episode 2 – Women in the Industry

How long have you both been driving for?

Emma: For around three years. I am also a representative on the national women’s advisory forum, as well as part of a scheme called UberENGAGE, which basically supports Uber partners to come forward and engage on general things that only we would experience as driver partners.

TfL recently released figures showing that only 2.2% of all Private Hire drivers are females, do these figures surprise you?

Emma: No. It’s really about exploring a place for women to express what’s putting them off… The simple reason behind it is that fears can escalate, for instance I’m part of a female private hire whatsapp group, if one person puts up an experience it can escalate the fear levels so high and so quickly, without a detailed information of that situation in that context being properly discussed. So I think there is a real fear of attack.

Maria: I don’t agree. You have to love to be involved with other people. If you like to share, and talk, and get to know other people, then this is the right business. It is the experiences that others have that make us grow. For me as a woman I love what I’m doing. This country supports a lot of women to be lazy… They don’t have patience to drive and be stuck in traffic.

Emma: I have to challenge Maria on this bit about laziness, there are other factors, and we are still dealing with this expectation and role of women being housekeepers, or the person that has to be back at home to cook meals because the man is in a much tougher job. We’ve got to stop propping up and promoting these boxes that are causing this issue.

If a rider’s rating is low, are you ever a bit concerned?

Emma: I actually ignore the rating of the rider. For the reason being that some drivers might rate a rider very low because of cultural differences, attitudes, or intolerance to certain behaviours or life choices… If a rider is a 3.5 it might not be for the reason that the rider is a pain in the backside, it might be because they’ve engaged in some cuddling, or they’ve shut the door too hard… it’s a guessing game, so I don’t get involved in that..

Do you sympathise with women who don’t feel safe entering this industry?

Emma: I think it’s a whole wider issue. I think since Brexit the toxicity and aggression levels have risen astronomically, I’ve been on the receiving end of quite a lot of it, and I think it gives quite a lot of freedom for being abusive, and that abuse is often levelled at women in a very discriminatory fashion.

Maria: I think that we should have a special number for any companies that we work as women… for any issue that we feel scared or afraid of, to call the controller to help us out. This isn’t working with any of the companies… You can call 10, 12, 15 times and they don’t even bother with why you called so many times…

Does CCTV play an important role in feeling safe?

Maria: If they ask “don’t you feel scared to be a woman driver at this time of the morning or night”…  I say 1,2,3, probably 5 or 7 cameras in the car, so why should I feel afraid?… It’s amazing I love it…

Emma: It really has to become compulsory in all cars.

Do you have any tips for dealing with riders?

Emma: There are some very very basic checks that people can do to lower the risk for ourselves. For instance, and this is more applicable to using the Uber platform.. When you accept a ride, and you get to your pick up point, I cover my app on my phone, and I say to the passenger can you please confirm your identity, since it shows the name and your picture. Often people jump on other peoples account… But there are also chancers that happen to be on the street near that address who happen to get into the car.

Maria: I had a situation, not with a customer, but with another driver who overtook me and hit my car on the left front side. He drove off, but I called the witness support, I spoke to someone and presented the charge to the police station, and they provided me with a small box alarm that I think we all should have. That is incredible and it makes such a noise… if the clip comes off it makes such a huge sign that everyone will know you are in danger, and that was very helpful for me.

What do you think of the MiPink Feature, that connects female drivers with female riders?

Emma: I’ve actually talked on the BBC about this a number of times. We really have to address this societal issue… let’s not just put women in this pink fluffy box… the issues that I have with MiPink and these features is that it’s not accessible to an everyday person.

Are there some negative perceptions of Female Uber drivers?

Emma: Yes. When a passenger goes “gosh aren’t you terrified of driving as a female driver at night” I say, “Well I was fine until you just said that”. Then the dialogue opens with, what is it that you’re feeling that gets you concerned about my safety as a woman? Because it’s always men that say it, I never get it from women… I know that a lot of stuff isn’t meaning to offend, but I think that we’re very careless about language and how we communicate with each other. I’ve had passengers say I would never let my wife or daughter do this at night. That’s where we have a huge issue.

Maria: There’s not enough information that should help women become private hire drivers. Because some of them ask me how I got here, and how I learnt. There are so many questions out there from young girls and mums.

What real advice can you give to women that are interested in joining the industry.

Emma: Use the resource and the tool that is readily amongst us, and find a support network.

Maria: If some women want to be a driver, you probably have friends in the business, get close to them, because I’m sure that they can give you amazing advice. I have women friends on call, and I get support… You have to have good friends as drivers.

Emma: If you’re alone working then it’s really important to be connected. As much as the internet has faults coming out of every orifice, there is also this incredibly valuable resource, whereby you can actually stay connected.

Maria: For any woman that want to be a driver. Just search the companies and find the supporters. It is such a lovely job. It’s amazing.

Is this industry a good opportunity to get rid of the gender pay gap, since there is no controller deciding the jobs you can take?

Emma: There will always be when there is human control over a situation, there will be a favour, whether it is gender-based, culturally based or whatever that will direct that person to give the bigger jobs to people. If it was a woman control she might equally do the same thing. It’s in the actual word controller, you are at the behest of someone making that choice. We need to call this where we see it…

Maria: When there is a controller in companies, like minicab companies, they can control the earnings of the driver. And they believe that women don’t need to earn that much.

Why do you think there are more female Uber drivers in London than Black Cab drivers?

Emma: I do feel that the reason why there are very few female black cab drivers that have done the knowledge, is because it is very old school. This is just my opinion but it’s very old school. And it’s rife with some very outmoded and outdated ideas about roles, gender and how that plays out in society. And its very Britishness is very much linked to the current toxicity around this Brexit nightmare. Let’s not pretend it’s not happening, we’re right in the middle of this mess, and it affects every industry.

Maria: I love to see women as black cab drivers. They are very polite and I think it’s the way we look at them. It’s amazing to see so many women in the black cabs.

Is appearance important in this industry?

Maria: It’s amazing to see how pretty they look and how amazing they are. Because some drivers don’t care about that.

Emma: We need to be unpicking this. Part 2, please!

Emma: I drive a lot of the time without any make-up on, so I don’t conform to that. Today I fancied wearing make-up, mascara and lipstick, but the rest of the time I don’t think that just because I’m going out and doing Uber I should dress up.

Maria: Well you should. We should look our best.

Emma: How do you define looking our best? I’m saying you should be neat and tidy. It’s not a reflection of what you look like, it’s how you present yourself.

Maria: When you look your best people can see the effort you made to look your best. As a Portuguese woman, when we care about the way we look, you can tell that you spent time thinking about how you’re gonna dress tomorrow and how you look. The way that you present yourself shows a dedication of you when going into work…

Tune in to hear the full podcast!

This was only a little glimpse into our conversation, but you can check out our On the Road Podcast Page to hear the full episode.

You can also listen to it on Apple Podcasts, Spotify, or Soundcloud.

We’d really appreciate it if you could also subscribe and rate the podcast if you enjoyed the episode. 😊 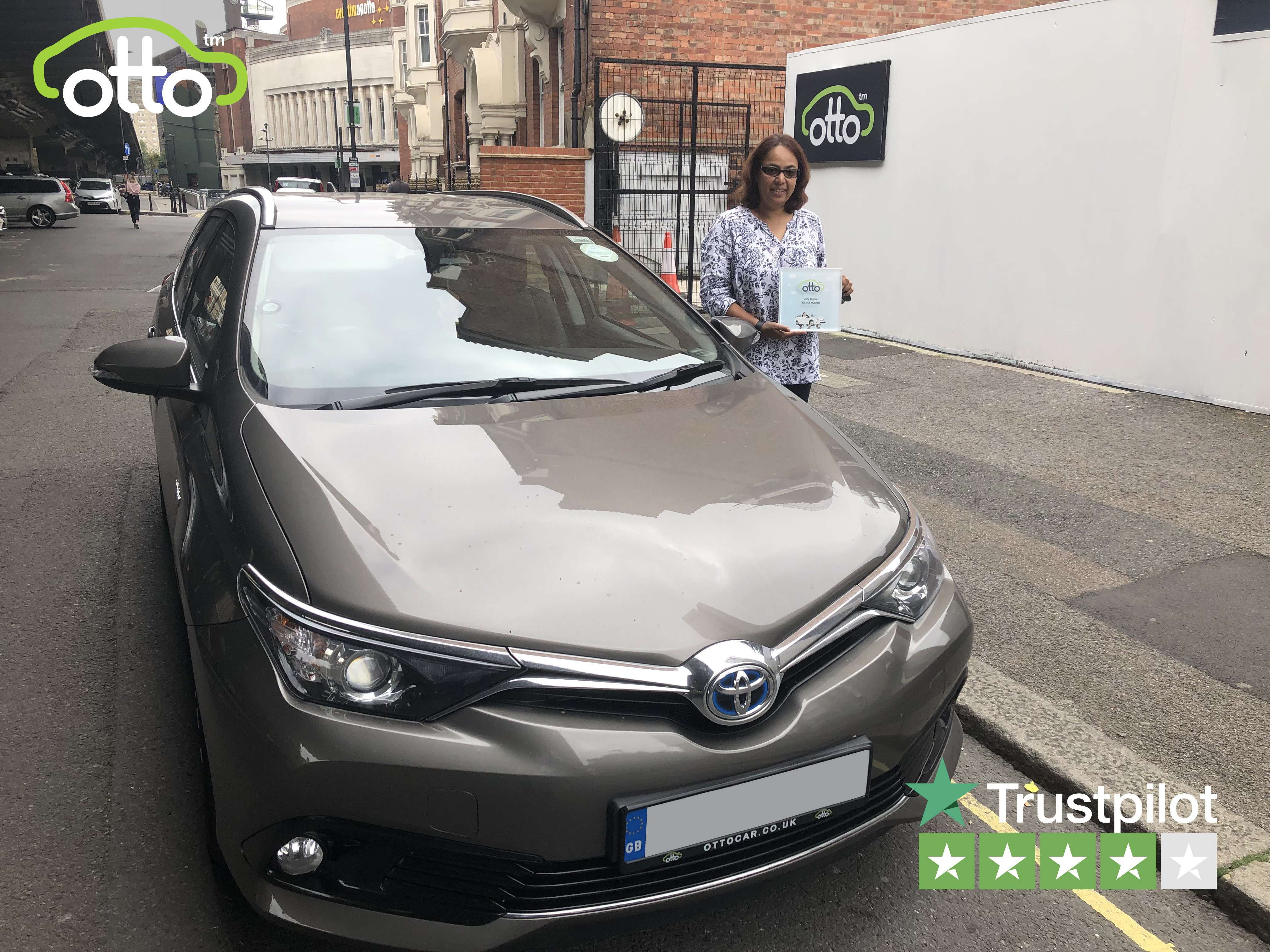 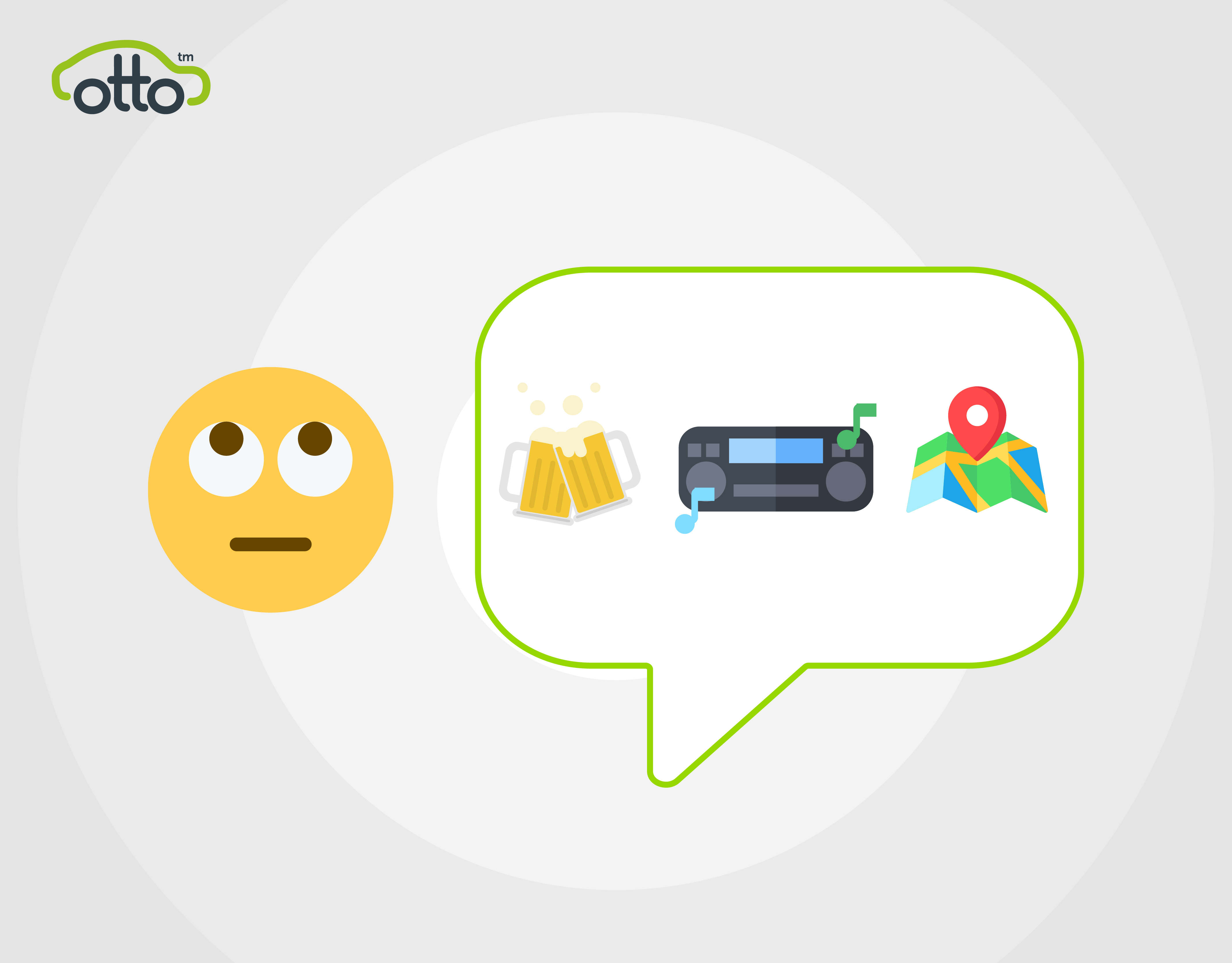 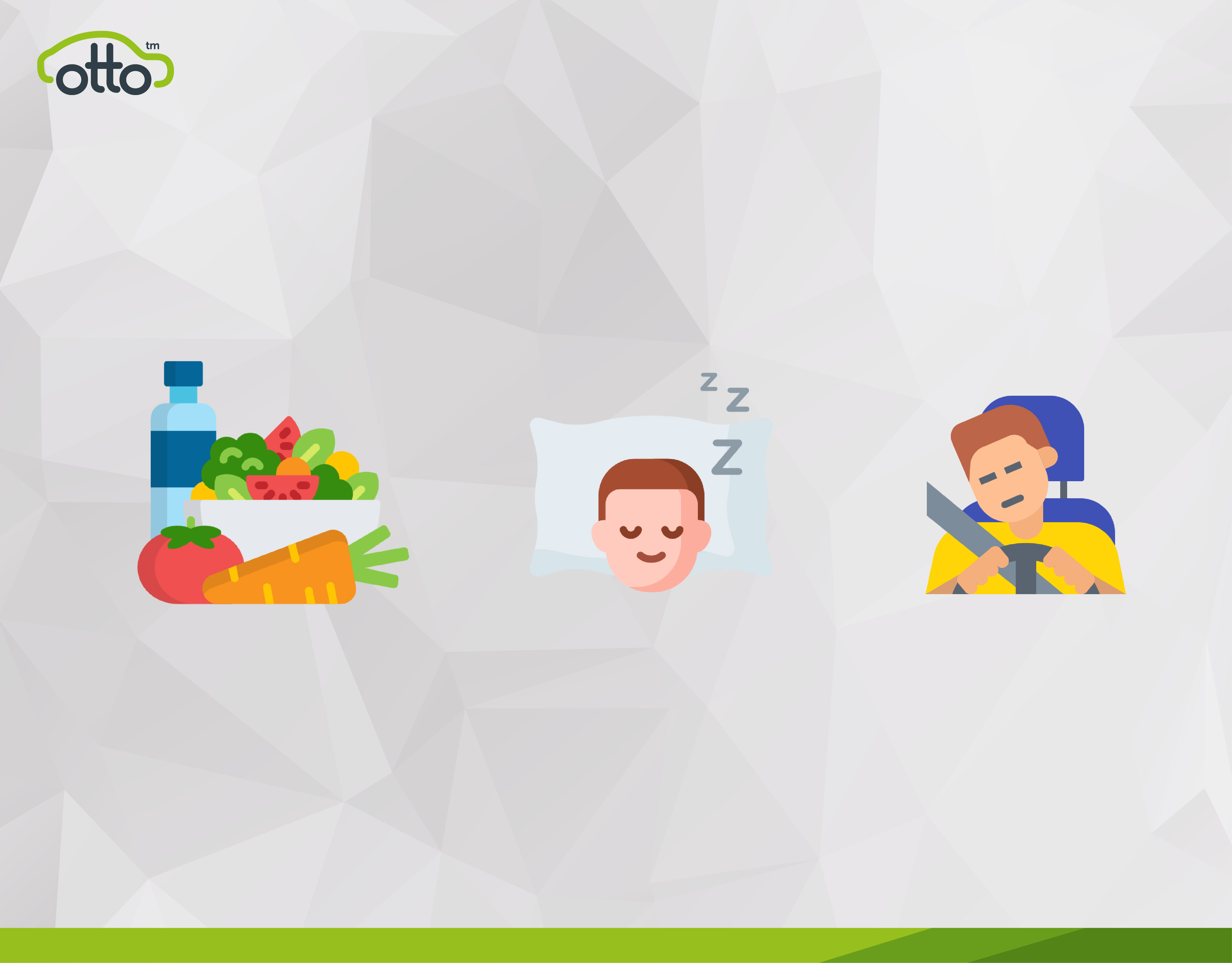